The San Juan Islands were very nearly part of Canada. For over ten years the British and Americans fought (or at least argued) about where the border should be. Read More

When was the Pig War?

The tension had been building over land rights for several years before the fateful day in June 1859 when the pig was shot. The most serious crisis and gnashing of teeth lasted only until August. At that point Baynes, the thoughtful British commander, refused to go to war over a pig. However the British didn’t leave the Island until November 1872

Where did the Pig War take place?

The pig was shot near the Hudson Bay Company’s Sheep Farm at the southern tip of San Juan Island. The Americans then ensconced themselves in the woods above the Sheep Farm. The British prowled the large open water to the south and entertained themselves by firing cannons into the high sandy cliffs.

What caused the Pig War?

Lyman Cutlar, an American, shot and killed a pig that belonged to an Irish shepherd. Thus it began, but luckily didn’t go much farther. The territorial confusion resulted from the loose definition of the word channel. It had already been agreed that a channel should form the border. Unfortunately there were two possible channels. As might be expected, both local populations were sure the correct channel was the one that gave them more land. The land in question was the San Juan Islands.

What else should I know about the Pig War?

During the decade when both British and American troops occupied San Juan Island they often visited each other’s camps and also took part in friendly athletic games. The disputed border was finally decided by arbitration through Kaiser Wilhelm I of Germany, who I imagine said “The San Juan what? Where?”

Where can I learn more about the Pig War?

You can visit all the major sites where the pig war took place. The American and British camps have been made into parks and are both lovely. The Park Staff at either of these locations are very knowledgeable about all things Pig War related. 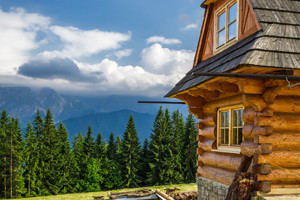